Eric Bolander's flavor of Americana/folk music offers soulful vocal tone with thoughtful melodies that have staying power.  Lyrically driven by life experiences, Eric's songs will give you a glimpse into his life and a realization that happiness can be perpetuated through pain.

Eric grew up in the small eastern KY town of Garrison in the Ohio River Valley along the foothills of Appalachia (pop. 1400).  He learned through his Dad to work for what you want/need and never take someone for granted.  Love and work ethic were driving forces of his humble upbringing.  Eric now lives and works out of Lexington, KY.  He's called Lexington home for most of his adult life.  An Art Teacher by day and Musician by night, Eric's mind is always immersed in the arts.  Passion for the arts is what keeps him moving forward.

Human beings are surprisingly resilient creatures. Through honoring his grandmother, singer-songwriter Eric Bolander weathers his own emotional firestorm with his new record The Wind. It’s a brooding, often languid, folk set-piece weaving in and out of tales of drug addiction, religion, renewal and the birth of his two-year-old daughter. He casts off his hard-rock outer shell for a more traditionally-rooted and sensitive storybook, steeped in heartfelt emotions and embodying the endurance of the human spirit.

Much of his work has been scattered in the rock music scene through the years. He’s mounted numerous creative endeavors, including rock bands Modern Day Relic and Alcatraz Shakedown, and made enduring friendships with the likes of producer Duane Lundy (Sturgill Simpson, Ringo Starr) and Americana troubadour Arlo McKinley among countless others.

The Wind, produced by Lundy at Shangri-la Studios in Lexington, Kentucky, is as much a natural transition in Bolander’s catalog as an evocative love letter to a weathered existence in an ever-tumultuous world. “Along the way / Don’t know if I’m rested / But I’m here to stay,” he calls into the impending whirlwind, a visceral dedication to his grandmother’s steely determination against all odds. “I can’t see past all the trees / Why don’t this wind blow me away…”

Opener “Closer to That Flame” gallops through the crossroads of John Moreland and Bruce Springsteen (circa Devils & Dust), a rollicking exploration of struggle and its broken remnants, while the heart-scratched “Oh, Lord” wafts up as a bitter, cynical prayer. “The song has a reference to pills and drugs in eastern Kentucky,” says Bolander of the latter, noting its references to cancer. “I’ve had a lot of folks pass away from it. I had this recurring dream of seeing my granny hold my mom crying at a funeral.”

The guitar snakes along in the dirt, writhing at rock bottom, with equally skin-crawling percussion in hushed whispers in the background. “It’s capturing that hopelessness. I had a cousin who was burned alive in a car. It was marked as an accident. He was caught up in drugs,” he continues. “From what I understand, he owed money to the wrong people. Part of the song is also about this clinic that moved in, and for $100, you could get a script of oxycontin or whatever else.”

He excavates such timely themes with refreshing bravery. Even with an organic interpretation of Prince’s iconic “Purple Rain,” he manages to reconfigure the song’s intent, barrelling through the downpour with a profound sense of replenishment. Cello aches through the production in drips, expanding the inherent emotional weight and giving Bolander a chance to flex the full extent of his skill set. Pop covers are a dime a dozen these days, but the care Bolander takes in adhering to the original’s structure while soaring outside the lines just enough is a marvel.

Bolander’s sensitivity to the human condition stems primarily from humble roots in the small eastern Kentucky town of Garrison, stretching at the edge of the Appalachian foothills and running along the Ohio River Valley. Growing up in a low income household instilled within him a sense of hard work and fighting for what he wanted in life. His mother was a homemaker (whose family had ties to several bluegrass legends) and his father a union carpenter and construction worker, both pivotal forces behind his early development.

Bolander didn’t get around to actively pursuing a music career until his freshman year of college. Long-standing best friend Kevin had a guitar and would show him various chord structures. Soon, Bolander snagged a cheap Ibanez electric guitar, and later a cheap Dean acoustic guitar to learn on. Stricken with an ache for live performance, he began jamming around town in various collectives, but again, it took him some time before he made the decision to step up to the microphone himself.

In his spare time, he began to scrawl down various lyrics or melodies for potential material for the band, but his sensibilities were leaning quite heavily into the blues-folk arena, a mold that didn’t quite satiate his metal or rock status. His first EP, Unapologetic, emerged out of those songwriting sessions, and it was quickly evident he need to branch off on his own.

His first proper full-length album, Postcards to Myself, arrived in 2016, further blurring the lines between his brawny rock-country blend. As you can already surmise, Bolander’s influences run far and wide, from the thick grunge-rock of Alice in Chains and SoundGarden to the rootsy traditions of Don Williams, Earl Thomas Conley, Keith Whitley and George Jones. He contributes his biggest contemporary influence to John Moreland.

Now an art teacher by day, guitar-slinger by night, Bolander gallops ferociously into the countryside with a sweeping Americana record. The Wind is at its very core a collection of authentic tunes. 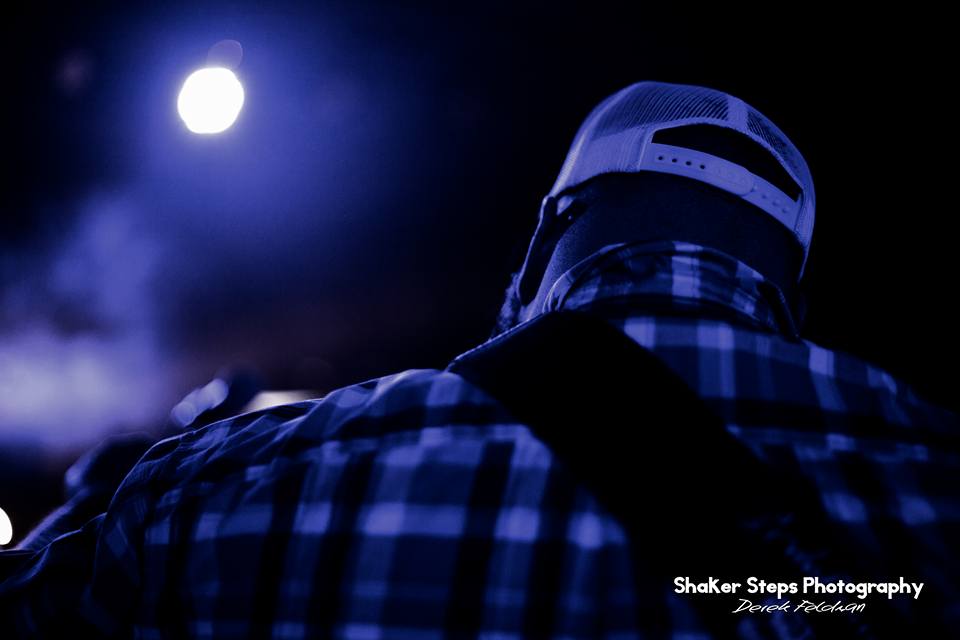